I started out to write about several things, and then realized, when I put in the date for the week, that this week marks the anniversary, on a Tuesday, of 9/11. After that there was brain… nothing.. what can any of us say about anything compared to the idea that 11 years ago this Tuesday many people lost family and friends, and that we still remember.

I know many of feel this way- we remember WW11, Pearl Harbor, Armistice Day, the Berlin Wall, the list goes on. It makes our small individual problems pale by comparison…

This week has had many odd happenings… from visit to the allergist- yes, I am very allergic to wasps and yellow jackets, but not to bees- to a container of exploding salsa, to the dog getting skunked- (Washing with coca cola, followed by baking soda mixed with shampoo ((skunk spray is oil based)) took care of most of it.) This was, of course followed by trying to find where the skunk was living. It turns out that he had decided moving in under the porch for the winter was nice. This was then followed by containers of ammonia and rags being put into the area to get him to move… will let you know how that turns out! This is just a small sampling of the week!

The course of action for the next few days is to list Clarence House Fabrics, and several new fabrics that have just come in. So, watch the blog for information. Hopefully, being off of the medications for the bee/wasp episode will mean we can get things done!

JUST LISTED
One of the things we look for are toiles in colors that are hard to find. And a good green toile has been impossible to find.
I mean GREEN- not sage, not lichen, GREEN.
We finally found one in France.
This is true pine green.
A typical French country toile,
with three different scenes,
it is filled with many small elements…
a donkey munching, a turkey, a dovecote with doves, etc. 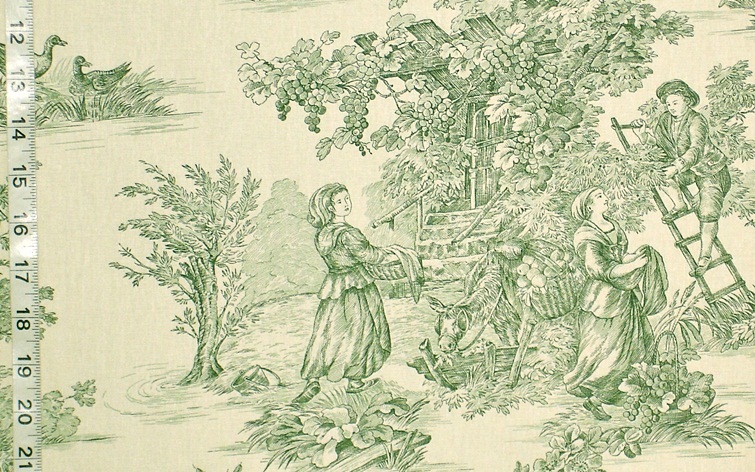 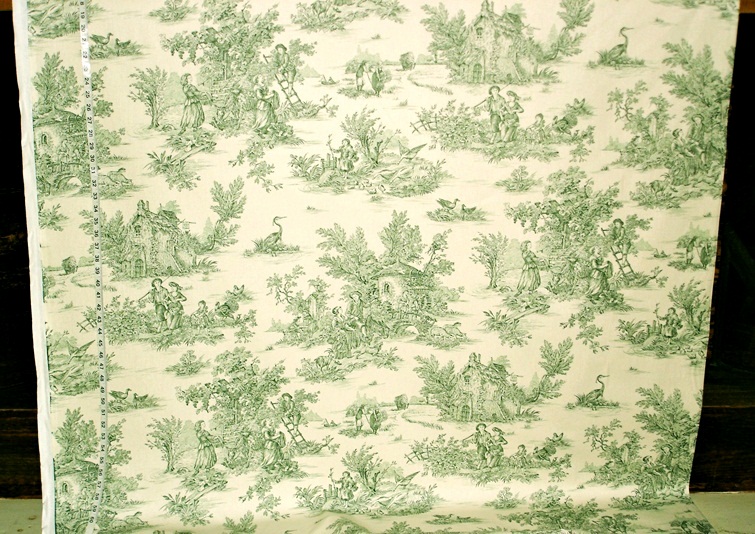 You have seen it in aqua,
and we found a piece of the yellow! 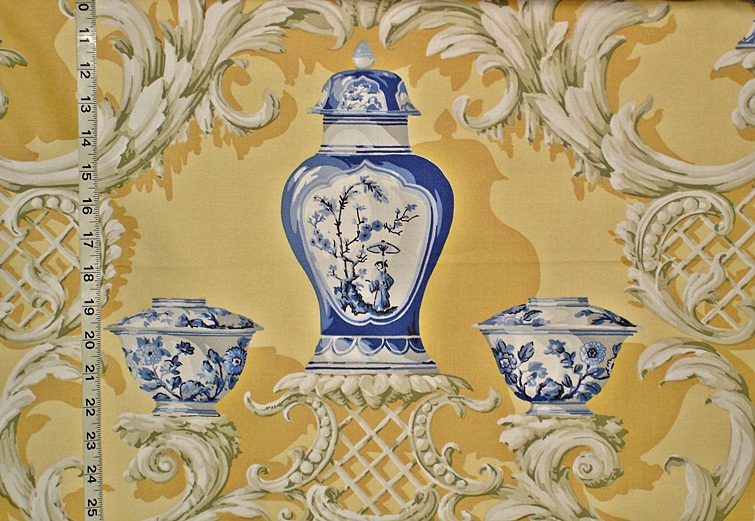 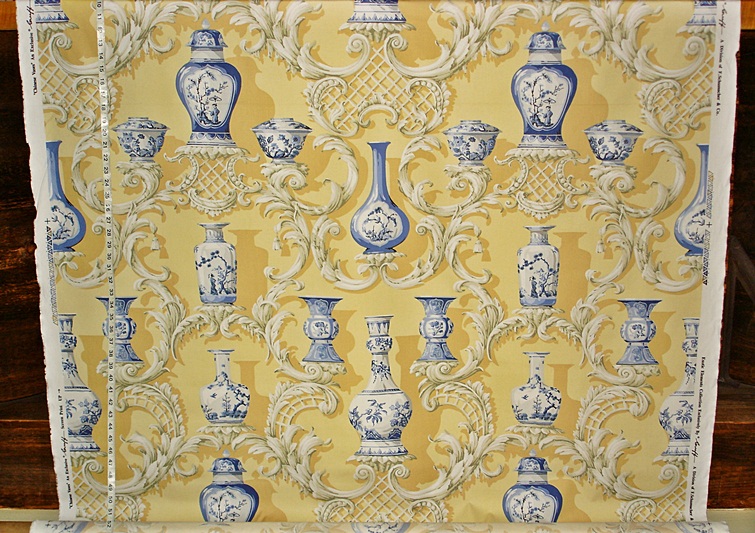 It is hard to believe that September is half over! But it, is… signs of fall are here- colchicums are blooming, and leaves are turning!

Two different pieces of
Clarence House Fabrics Chinoiserie Baroque.
This is a rather complex toile pattern, with a tight pattern, giving a busy feel.
The two pieces listed are NOT the same dye lot. 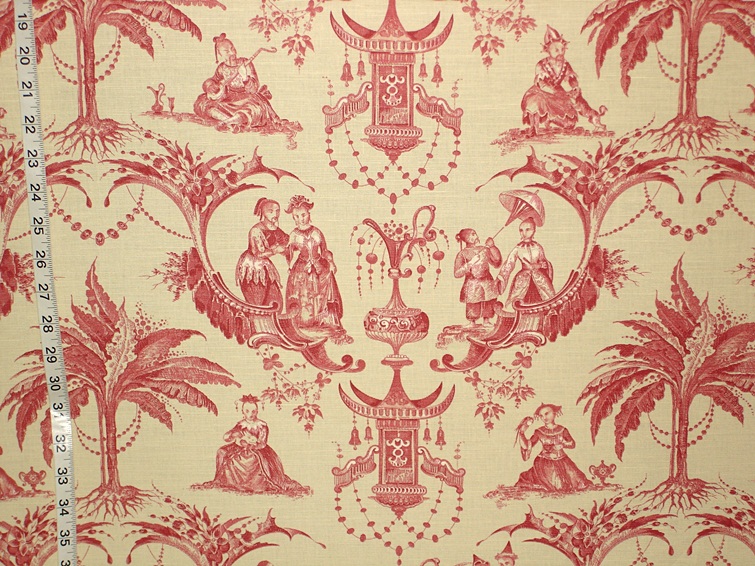 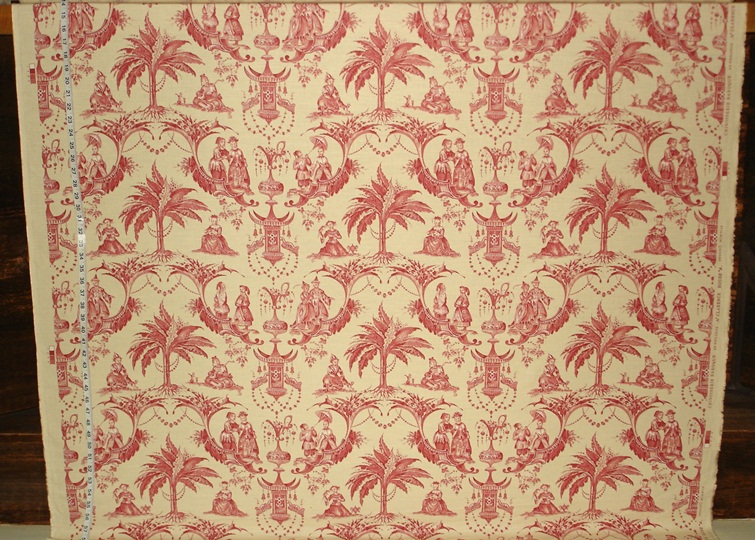