I started a news letter on the day of the winter solstice- it seemed appropriate- the shortest day of the year, the longest night of the year in the northern hemisphere. And, you know- I could not write it. The thoughts were so many, and, like the year, hard to process. Below are a few mental ramblings as I look back over this past year, and forward to 2021.

END_OF_DOCUMENT_TOKEN_TO_BE_REPLACED

Like many of us, I have been hunkered down at home for a long time. I go from the house to work, and back, with an occasional trip to the market or the hardware store. A customer who lives where they don’t have the autumn coloring that New England has, asked me to take some pictures of the colors of fall. 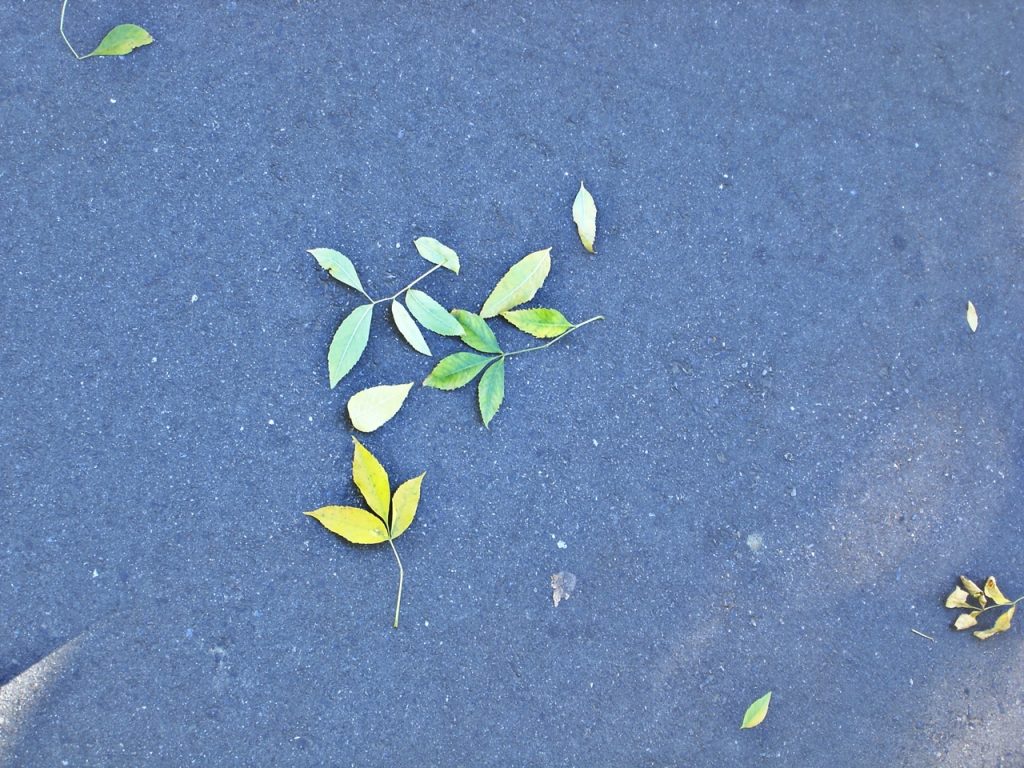 END_OF_DOCUMENT_TOKEN_TO_BE_REPLACED

Maine, like most states is in lockdown. So, this is just me doing some Maine Musings.

END_OF_DOCUMENT_TOKEN_TO_BE_REPLACED

We, all people, everywhere, are facing fear over everything from becoming ill, concern for loved ones,  loss of income.  The sense of crisis after crisis, from lack of essential items, to returning home from abroad safely, is prevalent. For some the sense of safety has been eroded.

So, I thought I would share what happened yesterday. END_OF_DOCUMENT_TOKEN_TO_BE_REPLACED

END_OF_DOCUMENT_TOKEN_TO_BE_REPLACED

So, we got a few inches of snow the night before last- I woke up around 2 AM, hearing rain, and went and looked at the temperature. It was -15 degrees F. ( -9.444 C ). We were having a silver thaw. During the day the temperature went up and things thawed out.  By the time Spot and I went for our afternoon walk, the temperature was well above freezing, the sky was fairly clear with a few wispy clouds, and the crust of ice had softened enough that it did not bother Spot, who does not like crusty snow. We did a short walk, as I wanted to get to the market.

The market was mobbed- no carts, no carrots, no milk, etc. Parts of the store had been stripped bare! I stared in surprise.  Someone asked, are you ready for the snow? As I never watch the news, I never know the weather forecast. For me- looking outside usually is enough.

As I left the market, with fewer things then I had gone in for, a woman said they had already closed the library for the next day- today. I did not think much about it, I was too busy looking at the sky to the west which was beginning to flame with color as the sun set.

But this morning I decided to check the weather on the internet. It showed snow in the forecast, but nothing really specific. So, I went to the news to find out we are anticipating 18″ (about 1/2 m ) of the white stuff! The storm is called winter storm Niko.

I go to the dump once or twice a week. We had just gotten a large shipment of fabric in on Tuesday. The bolts are shipped in heavy plastic, which we strip off before bringing the bots inside, as they tend to be very dirty.  I decided going to the dump before a big dump of snow, made more sense than going after.  So, I stripped off the outside bags from the fabric rolls, gathered up all the rest of the garbage, and headed up the road to the dump. It was about 8 am when I got there.

There were several other people there, and I heard one guy ask one of the dump people if they were ready for snow, and the dump guy said they were going to close at noon! On the way back I stopped at the post office to ask how long they would be open, so we could get at least some of the orders mailed out. But, they, as is their mantra, were going to be open all day… neither sleet, nor snow, etc…

So, here we all are, waiting on the storm! I can see Route 1 from the kitchen windows… a large convoy of tractor trailer trucks just went by- heading south. We never sees that! And, then I heard a train whistle. The train does not normally run in the winter… but, a single engine went by very slowly, heading south. I wondered if it was just checking the line.

It is 9:45.  The sky is a uniform light grey, with a high ceiling, and the wind is blowing, but not howling.  The ashes are swaying, but the oaks,  stand firm.

I will keep you posted!

So, Spot went out around 10:30, and I noticed a few white flakes on the driveway… Niko has arrived!  The flakes are rather fine… they are dancing in the air, spiraling down.

I don’t see any traffic on Rt.1, or below the house on 215. Either everyone is getting the last groceries for a long siege, or they are hunkered down for the duration.

This always makes me laugh… people don’t have pasta or something else on a pantry shelf? Does one really need to stock up as if the roads won’t be plowed for weeks? This never happens. Our road crews are great. The main roads are kept plowed at all time. The smaller roads definitely are not as well maintained, but they are plowed and sanded.  The only issues are when power goes out. THEN there is a problem.

The snow is falling about the same as it was… the flakes look a bit bigger. There is an inch or two on the driveway.  And the wind has picked up.

I judge the wind by the motion of the Palm Tree Pine. It is a pine that has grown up above the surrounding trees. It has to be about 60′ tall. It has a long skinny trunk, with two branches about half way up. And the top is a burst of branches, like a palm tree. This starts moving with any wind, and tends to go in a circular motion. How fast it is moving is a good indication of the wind.

Well, it is blowing hard now. The ash trees are really swaying, and  The Palm Tree Pine is doing the hula! The wind is picking up, and it is beginning to howl as it moves past the house and down the hill. The snow is blowing in at a hard angle, not quite horizontal. We have about 4″ of new snow. The temperature has dropped down to 7 degrees F. With the wind, it is cold out. Spot wanted to go for a walk, but that is not happening!

Around 3:30 I decided what was needed was pizza for dinner. I called the gas station where I get pizza. My favorite is pineapple, olives, tomato and red peppers, with extra cheese. The lady who makes the pizzas makes works of art. But, they were closing, so no pizza tonight!

I love going down town on nights like this… it is a virtual ghost town. Every store closed, no cars or people, just empty streets with pools of light from the street lights, and the snow blowing past. If one goes down by the town parking, one sees the water with white caps, as the wind blows in either with or against the tide. It is pretty amazing.

So, as the wind begins to howl, and the snow continues to fall, the real question is… as there isn’t any pizza, what is for dinner?!

It is pitch black outside.

The trees are black silhouettes against a uniform grey sky. The wind is strong enough that the oak branches are moving.  If one turns on the outside lights one sees that snow is falling, at about the same rate as before. I think we have 6 – 8″ of new snow, but it is hard to tell with the drifting.

As I type this our snow plow guy’s lights can be seen at the top of the driveway. This is the second time he has been here. On nights like this they don’t sleep. They drive from one place to another,  keeping up with the snow. If the storm lasts too long, they take short cat naps, and go back out. At the end of a long storm their eyes are red, and they are grey with fatigue.

The hill I live on is very steep. They make it so we can get up and down the hill, safely. It is no joke… our hill is a legend here. They will be back around 2 or 3 in the morning,  I am betting, and then again in the morning.

The thump of the plow blade being dropped wakes Spot, and he growls. He sees the light. For him, it is a game, he follows the plow from window to window, barking. He is the fierce protective dog, doing his due duty.

Our driveway is a horse shoe. And we have three snow plow outs. One of the plow guys is new this year, and has not used them effectively. He has not pushed the snow far enough into them. If this were the beginning of the winter, it might be an issue. As it is so close to spring, it will be okay.

There is a sudden flurry of ice on the windows- either the wind changed directions for an instant, or the storm is picking up. The plow guy makes one more sweep, and Spot follows him from window to window. A large plow on Route 1 goes by, yellow lights glowing. Then all is quiet. Spot grumbles to himself as he curls up. The wind can be heard… then all is quiet in the dark February night.

Last night around 1 I woke up. I could faintly see a star. Getting up, the temperature was at 7 degrees F. ( -13.89 degrees C.  ). But, there was a big full moon shining. The wind was blowing fiercly, but the  bulk of the storm had blown up the coast.

Going out to check things, it looked as if we got around 8″ of new snow.

And it is an absolutely beautiful sunny day. The sky is blue, and the snow a pristine white.

Taber, down in Brunswick got more snow that we did. But, he says we are expecting another three feet this weekend!  I will let you know!

END_OF_DOCUMENT_TOKEN_TO_BE_REPLACED 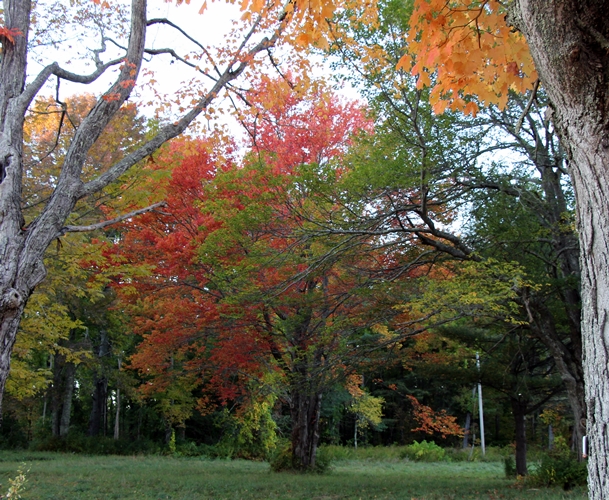