So, in the last blog post, which was a post that was as much as reminiscing about the past couple of years as much as it was about looking forward, published January 4 of this year, I suggested that we all need things in our lives that gives us a positive feel, something that we could hold on to.  And, the first image was that of a sunrise over a friend’s barn.

So, at 2 am the other evening, the light bulb went on, and I went “practice what you preach”!

So, I am going to try to take a shot, each day of a sunrise or sunset. My goal is a month of them.

So, this morning I begin. I actually am excited by this. I think it is a great motivator. And, it is, for me, something that I can do that I enjoy, and can feel positive about doing.

And, no one can take the sunrise or sunset away… it is there waiting!

So, I get up,
and yes, it is snowing…
it is POURING snow…

The light was flat, the clouds were low…

So, much for good intentions!!!

I took these from the back parking lot
of Damariscotta,
around 7:30, this morning.

The Damariscotta River is tidal,
and the tides this week have been very, very high and low.
Low tide was at 8:45,
so, it was not quite dead low tide.

The white streaks in the pictures are the snow falling.
It was a very wet, heavy snow,
but though the snow was similar to that of a Nor’easter,
coming in off of the water,
this was not one.
It was just a snow storm
with wet heavy snow. 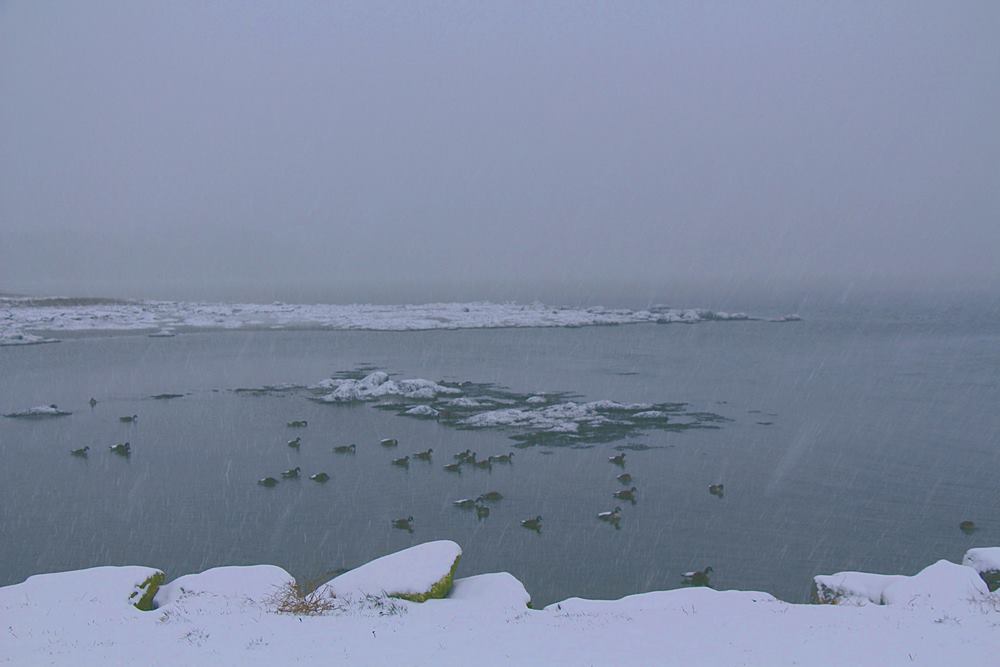 The inner basin was filled with
Canadian geese.

It took me a moment to figure out what all
the white was! 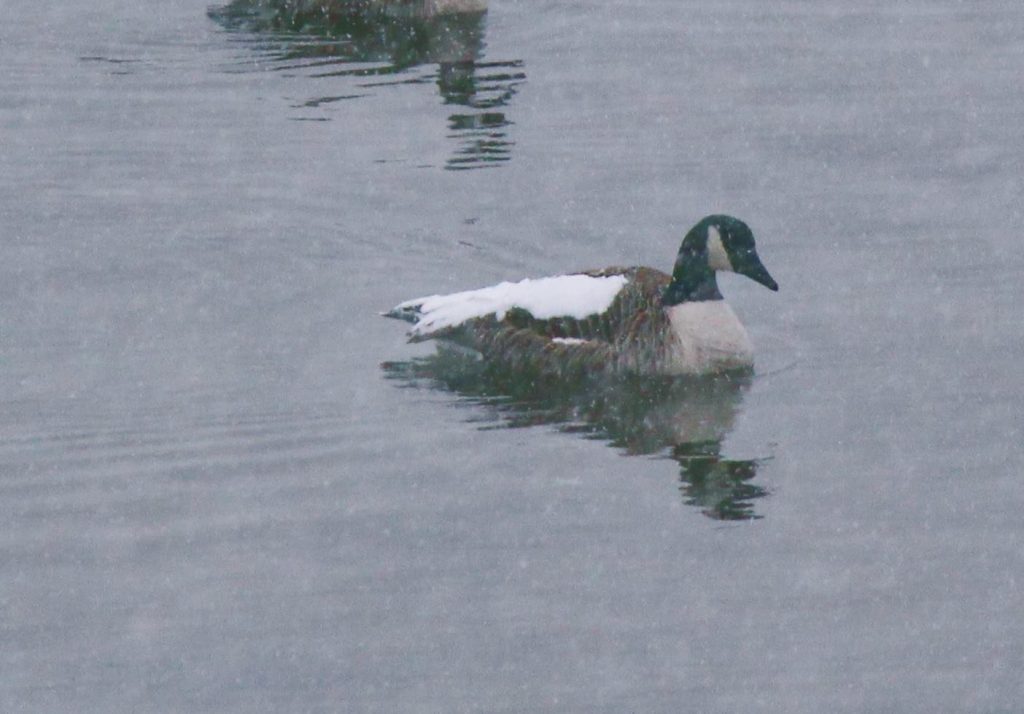 They were covered with patches of snow!!!

If anyone has any pictures of things they are doing,
that is making their lives better in any way,
send them in!!!

So, I ran into a few snags with this…
the main one being,
I can take the pictures,
but, I can not get them edited and up every day.

So, this project is morphing a bit…
I will try to post them on Wednesdays and Saturday.

The narrow paths above are the tracks of
wild turkeys! 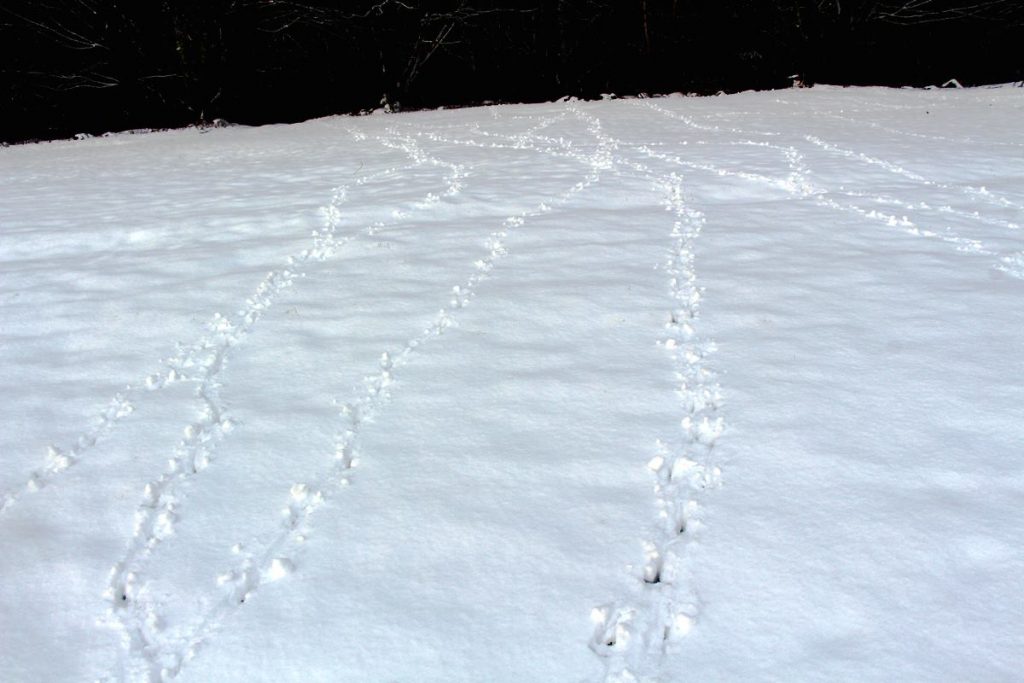 Wild turkeys were once native in Maine.
But, in the 1800’s the turkey population was depleted,
partially due to hunting, but also to their habitat being lost as
forests were turned into farmland.

In 1977 the Maine Department of Inland Fisheries and Wildlife
introduced them into the state-
where they have thrived.