This winter has been what anyone would call a good old fashioned New England winter. There has been snow, ice, low temps, and yes, even the traditional January thaw!

The winter had a slow start. It did not really get cold until December. In fact, I was rather worried that Christmas would not be a white Christmas. I need not have worried! We had snow, and more snow! And then we had really cold temperatures, and sleet. And then more ice and more snow!

The meadows froze up solid.
Christmas Day, Spot and I took what will be our last walk in them for quite a while. 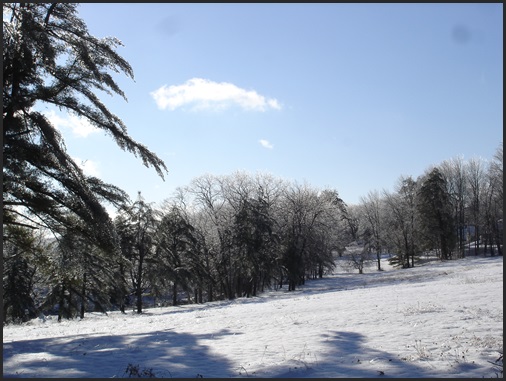 It was a beautiful sunny day, not too cold.
Ice coated the trees. 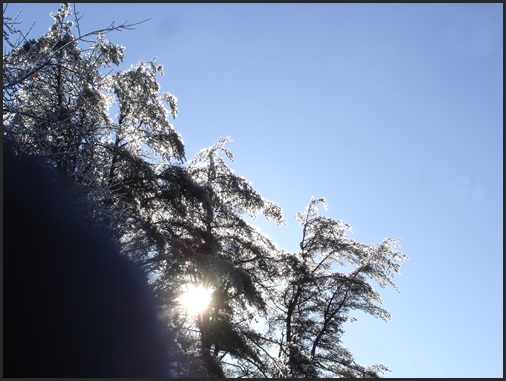 But, the track was so packed down it was really slippery,
and the snow was too crunchy for Spot to enjoy.
He does not like having to walk on a trail,
He would rather be running through the snow.
So, it was time for beach walks instead!

But, storms started coming in. 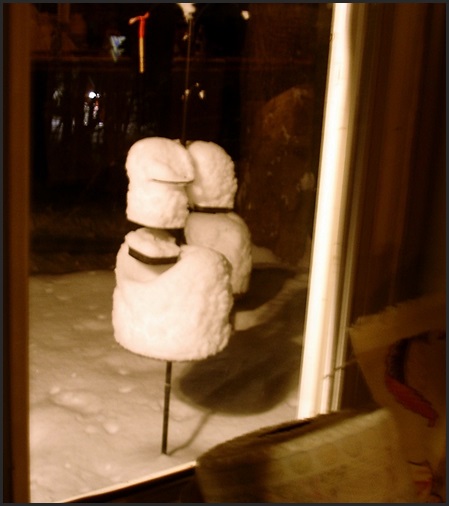 One delivered 14 inches of new snow…
the bird feeders looked a bit odd!

And then one storm was freezing rain, that delivered 1″ of solid ice in less than 24 hours!

The walks have been far and few between!

Spot is an active dog,
and a combination of ice and
no runs makes for an unhappy pooch!

One evening, right at dusk, to give him an outing,
we went up around Great Salt Bay. 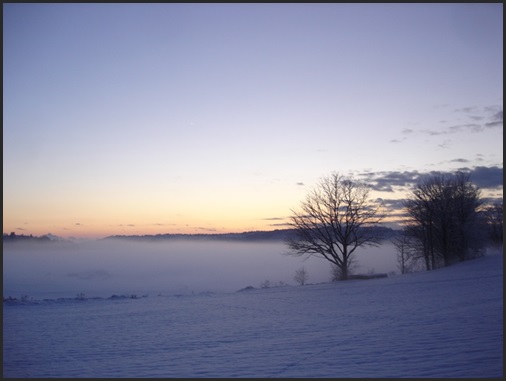 The bay was filled with sea smoke! 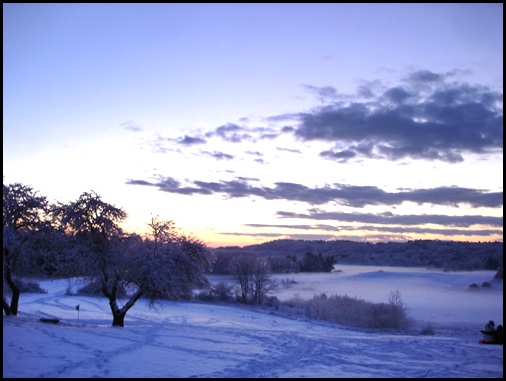 Last week the temperature started to really fall, and one day it went down to -17 F. and that, with wind, is just really cold for us! Then, yesterday we suddenly went up to 47 degrees F.! And it rained. We lost a lot of snow and ice. But, in the evening the temperatures dropped again, and everyone was certain we would wake up to skating rinks. But, for some reason, the ice was not glare- to everyone’s relief.

In between all of this
we have gotten in a few Beach Walks,
and we hope to get the pics from them up this week.

We will let you know when they are.