In Maine one knows spring is here when fiddleheads show up in markets. Eagerly awaited, this treat is an all too fleeting part of spring.

Several different species of fern can be harvested for food. The two main ones are Osmunda cinnamomea and Osmunda regalis. Several others have been used for food in the past, but bracken has a health risk associated with it; it is thought to be a cinogenic. And the ostrich fern, Matteuccia struthiopteris, has an unidentified toxin. As with all things gathered in the wild, caution is a good thing.

The fern croziers are harvested while still tightly curled. Young and tender, they have not yet turned woody. One is supposed to take less than half of the croziers from a plant, so as not to kill it. The future of fiddlehead ferns depends on NOT over-harvesting.

Preparation for cooking is fairly simple. One cuts off the stalk at the base, and washes them well. I put them in a salad spinner. Running water over them, I rub them together to loosen any soil, leaves, and loose bits of the pinnae, the leaflets running along the edge of the central stem. I lift the basket out of the basin, and dump out the water and debris, and repeat several times, and drain well.

We have two favorite recipes that we tend to use, one a salad, the other is warm. The taste of fiddlehead ferns is woodsy, leafy, earthy… 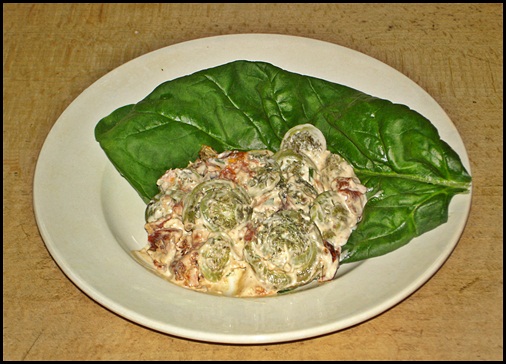 Bring enough water to cover the fiddleheads, with room for them to swim, to a boil. Add the cleaned fiddleheads, and bring back to a boil. Turn down the heat, and simmer for 2-3 minutes, depending on the size and tenderness of the ferns. Drain the water from them, and plunge into a cold water bath to stop further cooking.

One does NOT want mushy fiddleheads!

While the fiddleheads are cooking stir together equal amounts of mayonnaise and sour cream, or mayonnaise with some buttermilk to make a loose dressing. It should have some tang.

When the fronds are cool, drain very well, pat dry, and put them in a bowl. Add onion, or leek, to taste, and some chopped sun dried or oven dried tomatoes. Add the dressing to taste, and salt and pepper.

Serve chilled, with the chopped chives, and fairly soon, within the day, so the ferns don’t over-power the whole. 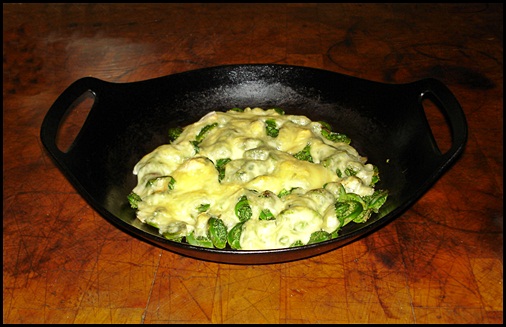